THE HISTORICAL EVOLUTION OF THE BAG – FROM 5,000 B.C. TO PRESENT DAY

Utilized by men and women alike, bags and purses were practical everyday items which essentially made life easier. At the most basic level, a bag carries important personal effects that need to be mobile. In brief, it is a vital tool which helps in everyday life. It’s important to realize that the birthplace was necessity. Bags have participated in the “Supply/Demand” evolution; they reflect not only necessity but also personal style.

As a result of a person’s need to have their personal effects conveniently close, the bag came to be more than a transport tool. In sum, the bag developed to not only provide necessity and convenience but also to reinforce status. 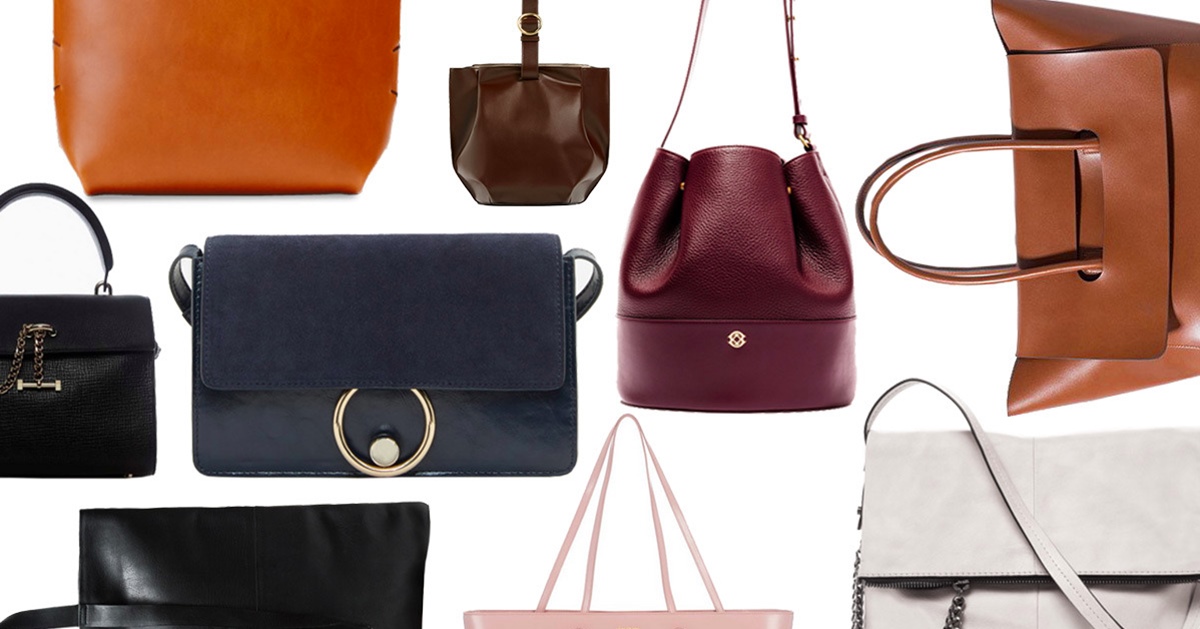 The unique style and significance of a bag is an actual artifact and relic of yesteryear.

By and large, throughout history, the bag abided to the cultural norm of particular regions, morphing with each time period accordingly. Equally important is the influential status that a bag came to exhibit and imbue upon its wearer. Ultimately, whether it be a purse, a wallet or a handbag, the history of the bag and its legacy is epic, to say the very least.

Bags are notable works of art and history. For instance, significant designs were manufactured through elaborate craftsmanship with leather, embroidery, paintings, prints, and tapestries. All in all, the unique style and significance a bag has is, in fact, an actual artifact and relic of yesteryear. In this way, throughout history, bags have effectively preserved and pursed antiquity and value. To be sure, the bag continues to modernize itself, adjusting to every generation and the valuables they deem fit to carry. 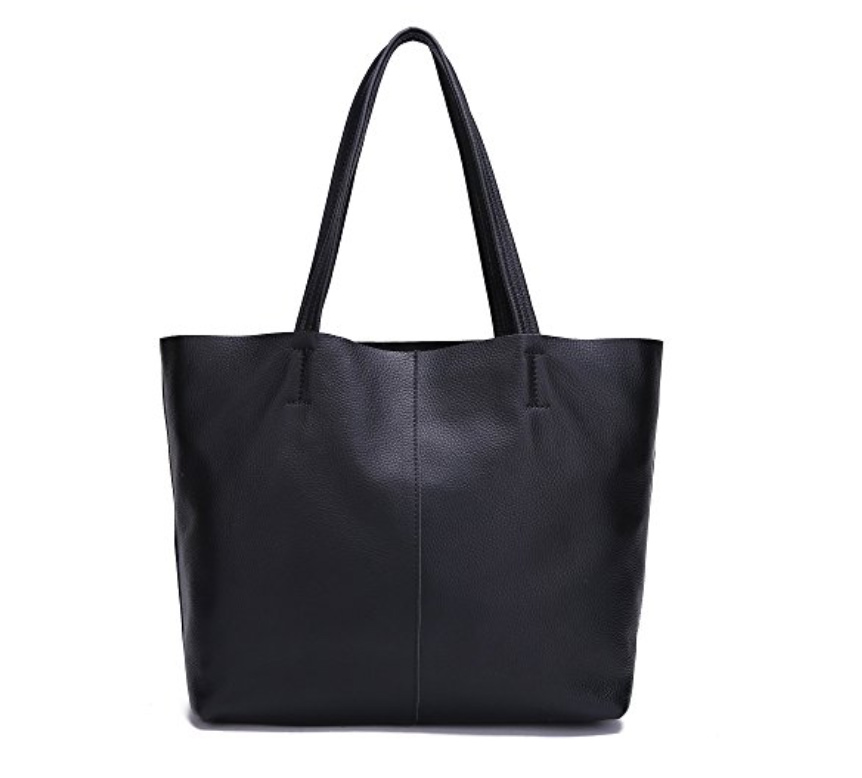 Love the shape, color choices, and removable inside lining – it’s real leather, so it will wear well over time…

TRANSCENDING THE PAGES OF HISTORY

In essence, a bag reinforces the security, privacy and allows for personal customization throughout the traveler’s journey. Overall, its characteristics evolved to distinctively serve and reflect its patrons. With this in mind, throughout its evolution, the bag has been repeatedly outrigged with variations of designs to serve multiple purposes as well as occasions. Bags reflect a contemporary sign of the times. Respectively, and each in their own right, reflect a small portion of history.

Clothes did not have pockets until the 17th century, thus men and women alike carried bags. While some bags were appropriate for the working class like messenger bags, others were specifically styled for the elite. The more specialized and customized bags were targeted for the aristocratic class. For instance, secret compartments and highly designed bags were ultimately prized and considered to be a high-status symbol.

Highly-designed bags were a high-status symbol.

Another example of supply and demand is a historical bag from the 1500s. Originating in the Tassenmuseum Netherlands, this French purse was made out of a goat’s leather with an iron frame. In detail, they are 18 pockets with some located behind secret closures. Altogether, the time and detail put into such a bag demonstrates not only integrity and value in its craftsmanship but also that the wearer embodies these traits as well. 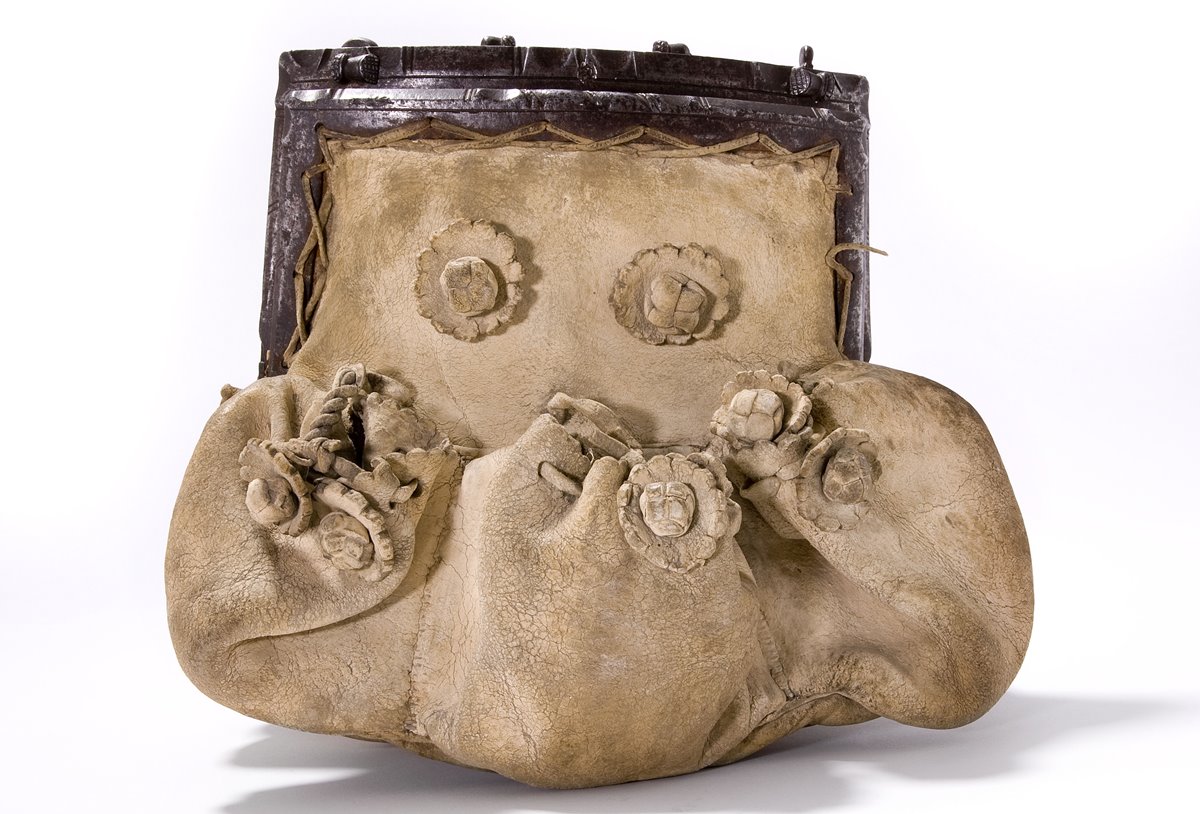 On the whole, bags specifically cater themselves to be as highly prized as they are functional. In this way, the invaluable nature of the bag makes it indispensable. Moreover, the value of a well-made bag historically became of the utmost importance in regards to quality as well as its aesthetic allure. To put it another way, a bag which rose from necessity, went on to supply a demand. In sum, the history of the bag was a call-to-action. One which answers necessity while upholding status as much today as it has in the past.

Bags rose from a necessity to supply a demand.

TRACING THE BAG THROUGH THE CHAPTERS OF TIME

Notably, the bag which may be the oldest bag preserved in history is from “the Man from Hauslabjoch,” or “the Tyrolean Iceman.” This nickname was given to a well-preserved natural mummy. The man reportedly lived between 3400 and 3100 BCE. 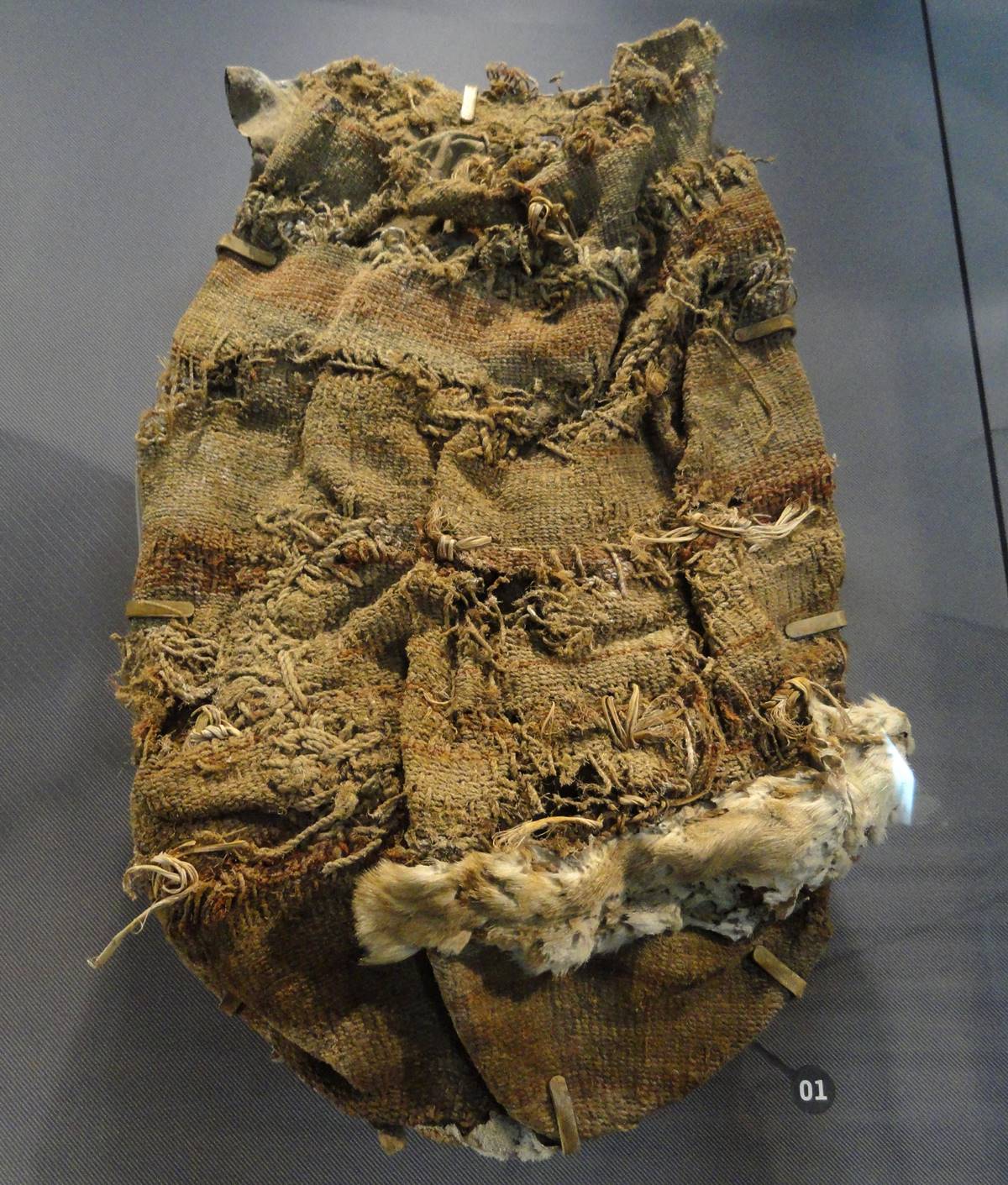 The oldest bag preserved in history is from “the Man from Hauslabjoch,” or “the Tyrolean Iceman.”

Before being mentioned in literature, the bag was found depicted in Egyptian hieroglyphs. Waist pouches were the style and it was trendy to carry a bag around the hip. While looking at the text of other ancient civilizations, the Bible specifically identifies Judas Iscariot as a “purse carrier.” Therefore, in ancient times, the bag was also known as a pouch. Constructed out of durable leather or precious cloth and overall, the pouch stored valuables such as coins. 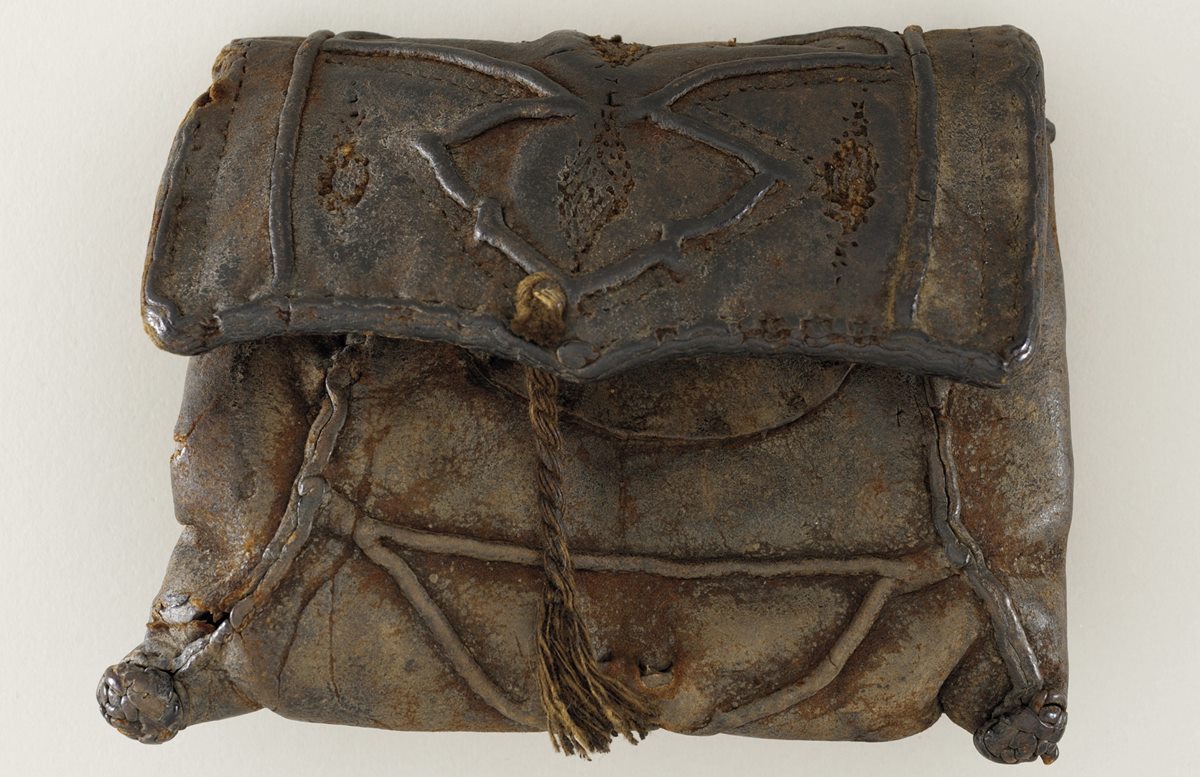 Storing coins in ancient times, the bag was also known as a pouch.

In the 14th and 15th centuries, bags that exclusively carried coins were called ‘purses.’ These purses were essential, as pockets in clothing were not developed just yet. In the 14th century and without pockets in clothing, a purse was attached to a girdle belt and it dangled from the waist. 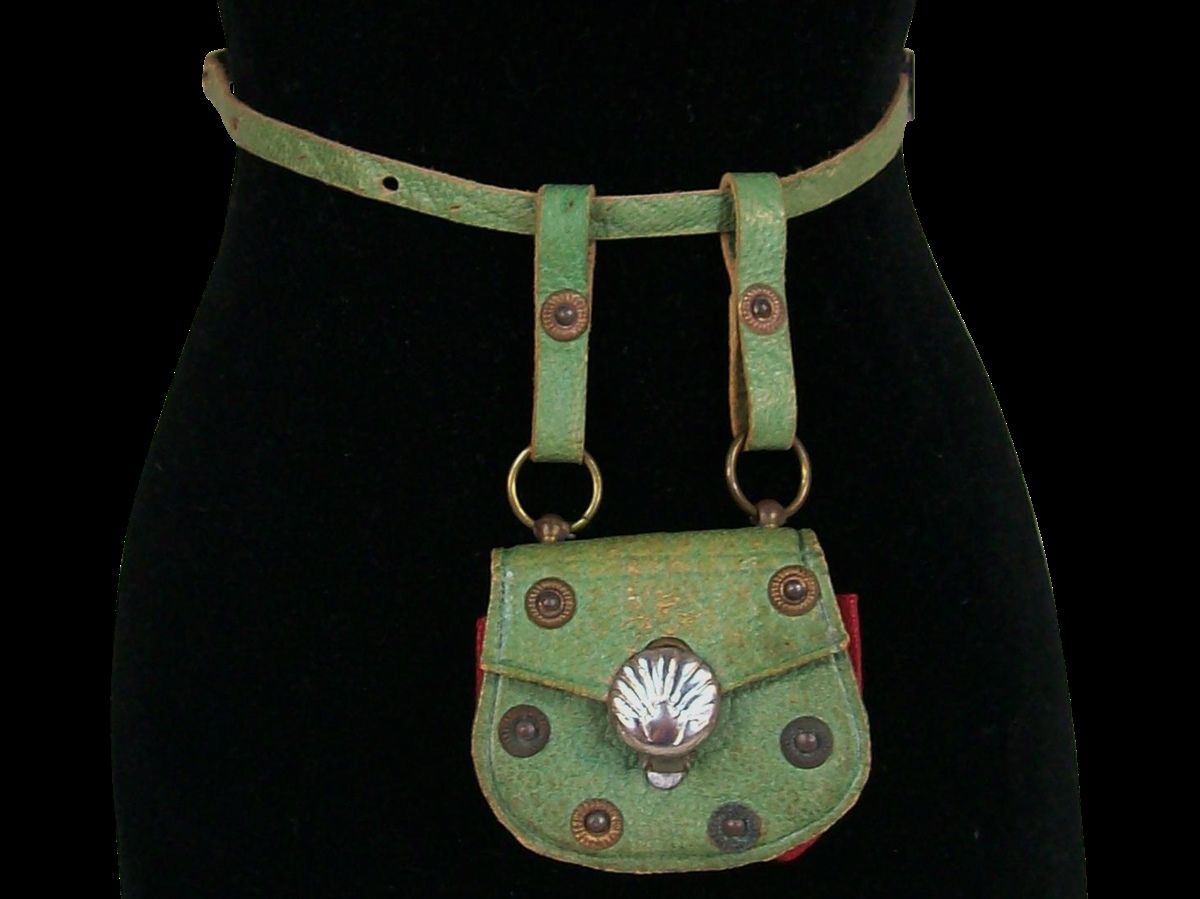 Attached to the girdle, purses dangled at the waist throughout the 14th and 15th century.

These girdle pouches were ultimately a collection of dangling valuables. These valuables were specific to the wearer. For example, one would carry the holy rosary, jewels, embroidery, a Book of Hours or a clasp or chain to suspend keys. Among some of the more eclectic dangling items were even daggers. 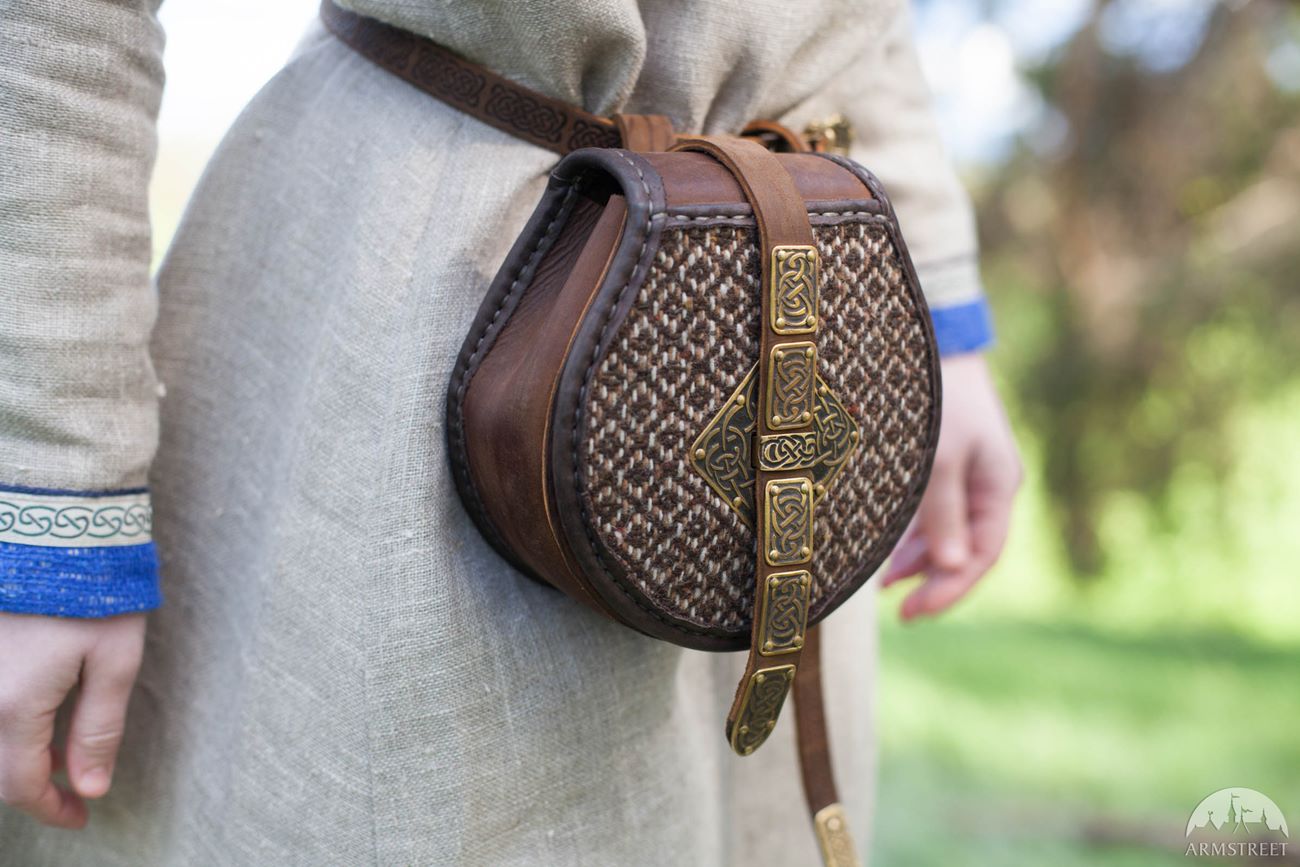 Throughout the 14th and 15th centuries, men and women attached ‘purse pouches’ to themselves at the waist. Also known as “Hamondeys” or “Tasques,” these ornate drawstring purses were very much in fashion. Ultimately, the drawstring purse distinctively hung from the girdle on a long cord. Each purse varied according to the fashion, status, and lifestyle of the wearer. 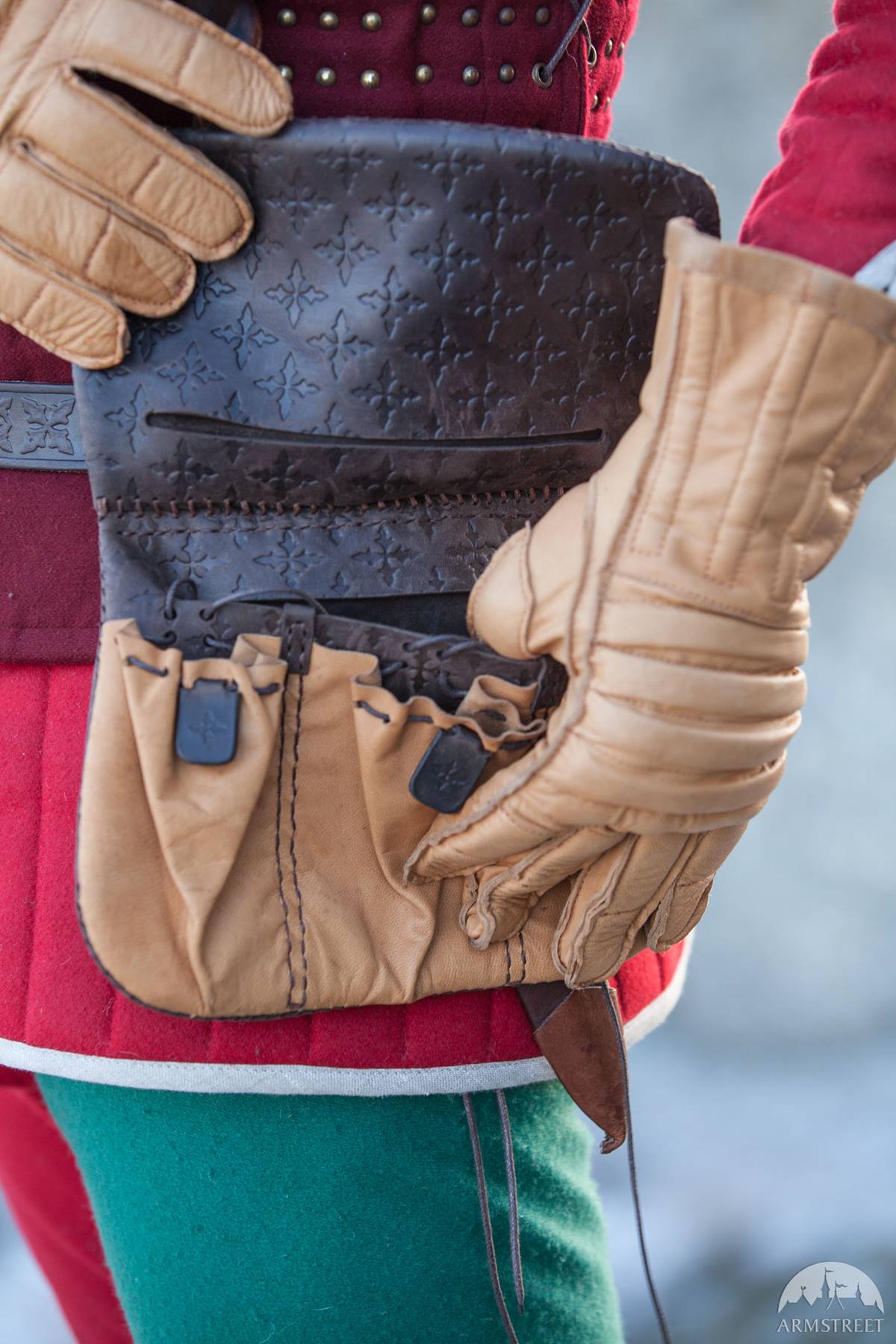 Purse pouches varied according to the lifestyle of and status of the wearer.

The Dark Times of the Medieval ages gave way to the manufacturing of curious portrayals on purses. Medieval purses were not only used as a coin purse. They also were closely associated with marriage and betrothal.

The manufacturing of the bag gave way to many interesting designs.

As a result, they commonly showed embroidered love stories. Interestingly enough, this connection is deduced from a parallelism between the handbag and the womb and fertility. 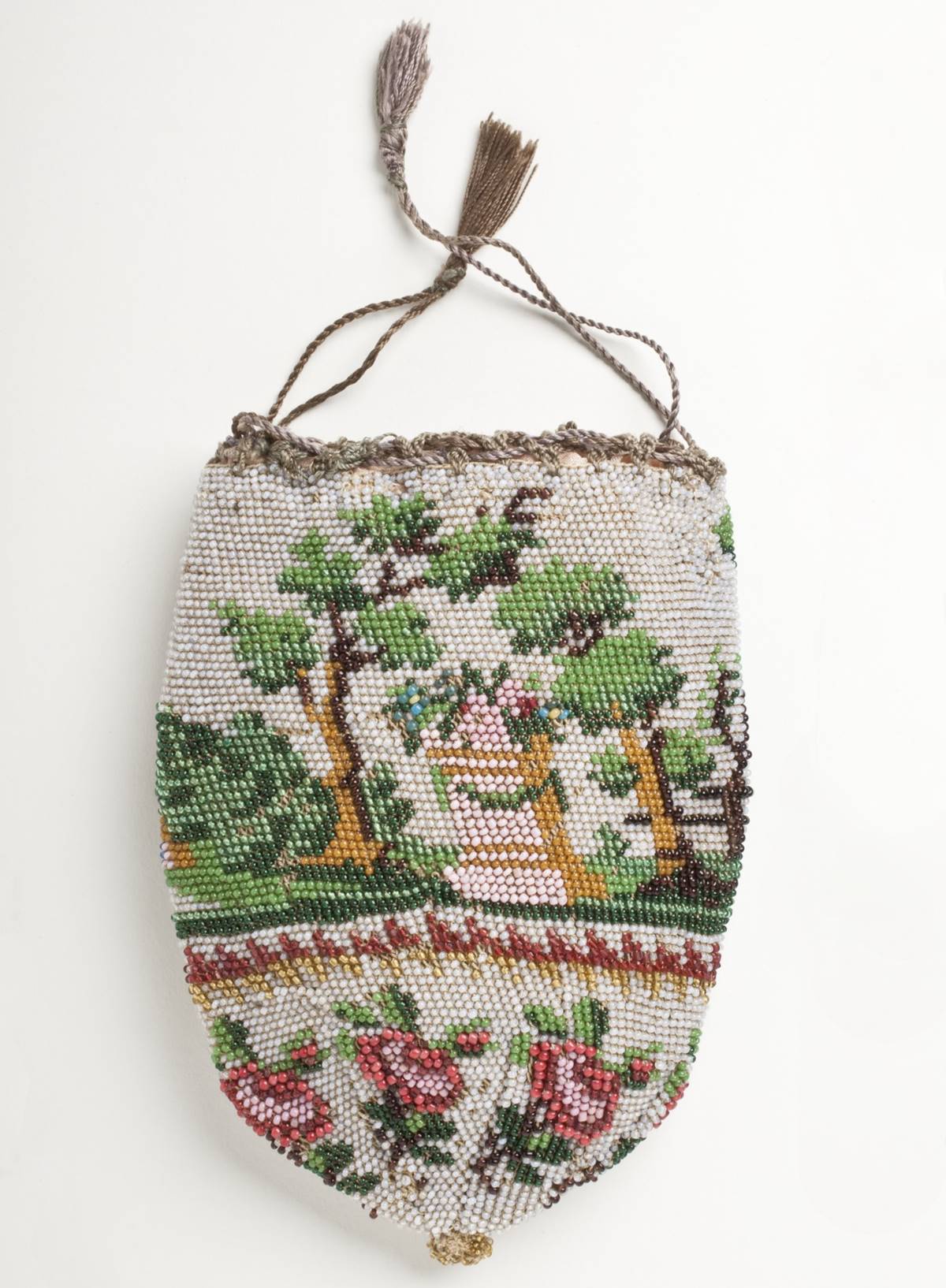 Embroidered love stories linked to betrothal and marriage was a popular theme.

Up until this point in history, pouches, purses, and bags were used primarily for practical reasons. One practical example would be holding food for falcons or gaming purses which were also known as “chaneries.” Even in regards to ecclesiastical matters, the bag or purse found a way to be of service. In church, purses held relics or corporals such as line cloth in mass. 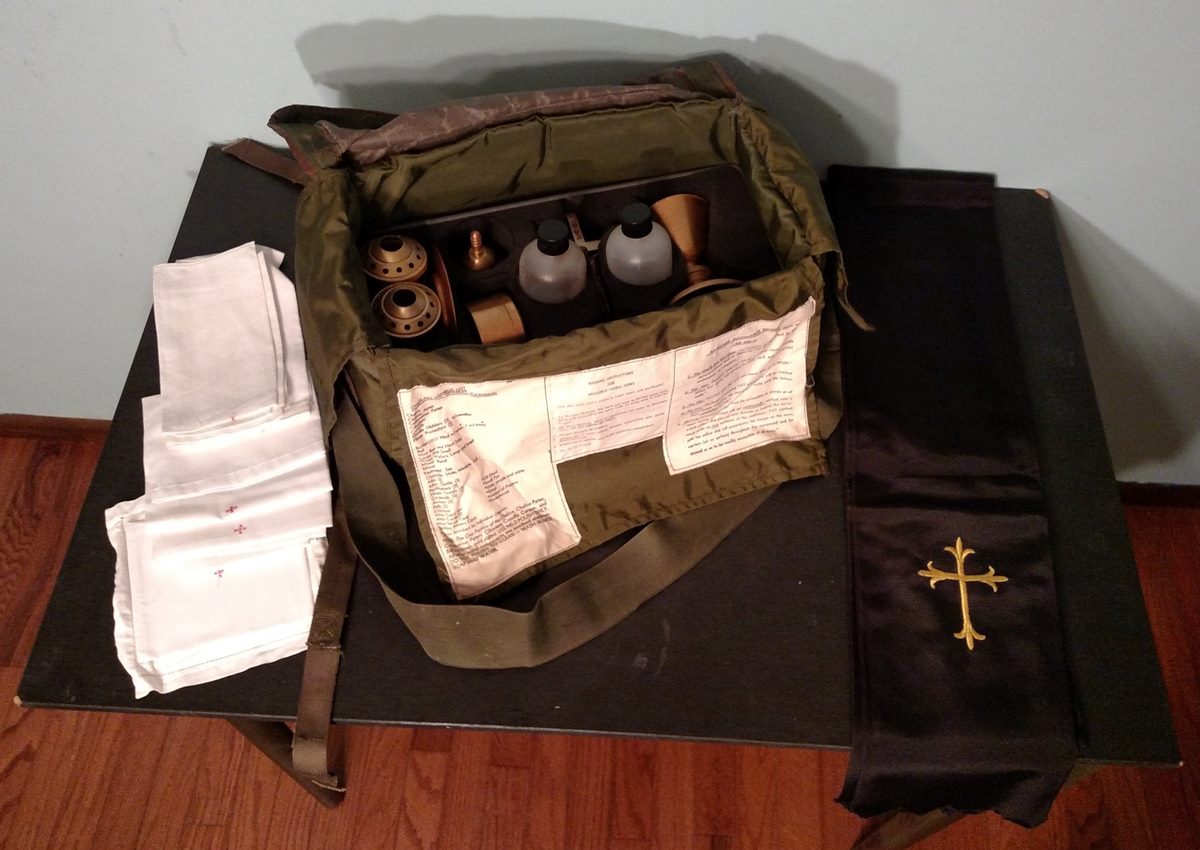 The bag found a way to be practical in nearly all areas of life, even prayer.

Fashion dramatically changed in the 16th and 17th century. Rather than wear girdle pouches outside and on the belt, women began to wear their girdle pouches under their skirts. Most notably during the Elizabethan era, women’s skirts expanded to enormous proportions. So much so that the pouch was inevitably getting lost in all that fabric and had to make a definitive move. 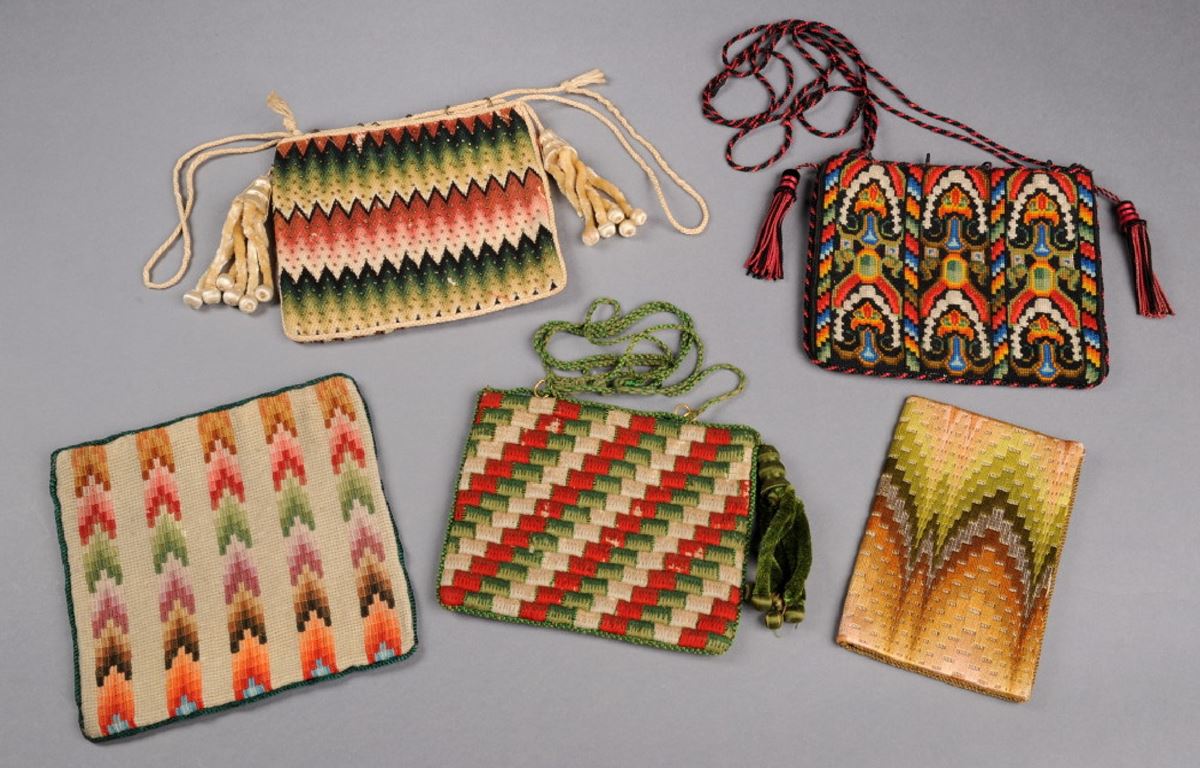 The fashion of bags deliberately changed from one generation to the next.

Notably, in this chapter of history, the fashion of bags strayed once again from the last generation’s preference, evolving to the next generation’s ideals. In this case, going from hanging purses on the outside to hanging long embroidered drawstring purses under skirts and breeches. Thanks to which, this step in the evolutionary process led to pockets.

Similarly, men picked up on the inside trend. They began to wear leather pockets inside their breeches which they called bagges. Somewhere in the midst of this switcheroo, pockets were developed! In sum, one generation’s change of perspective of where they thought to carry a purse, actually may have spurred the very idea of pockets being sewn inside of pants. As a result, the bag, in essence, continued to increase its range, versatility, and capacity as it went on to become more dynamic and innovative. 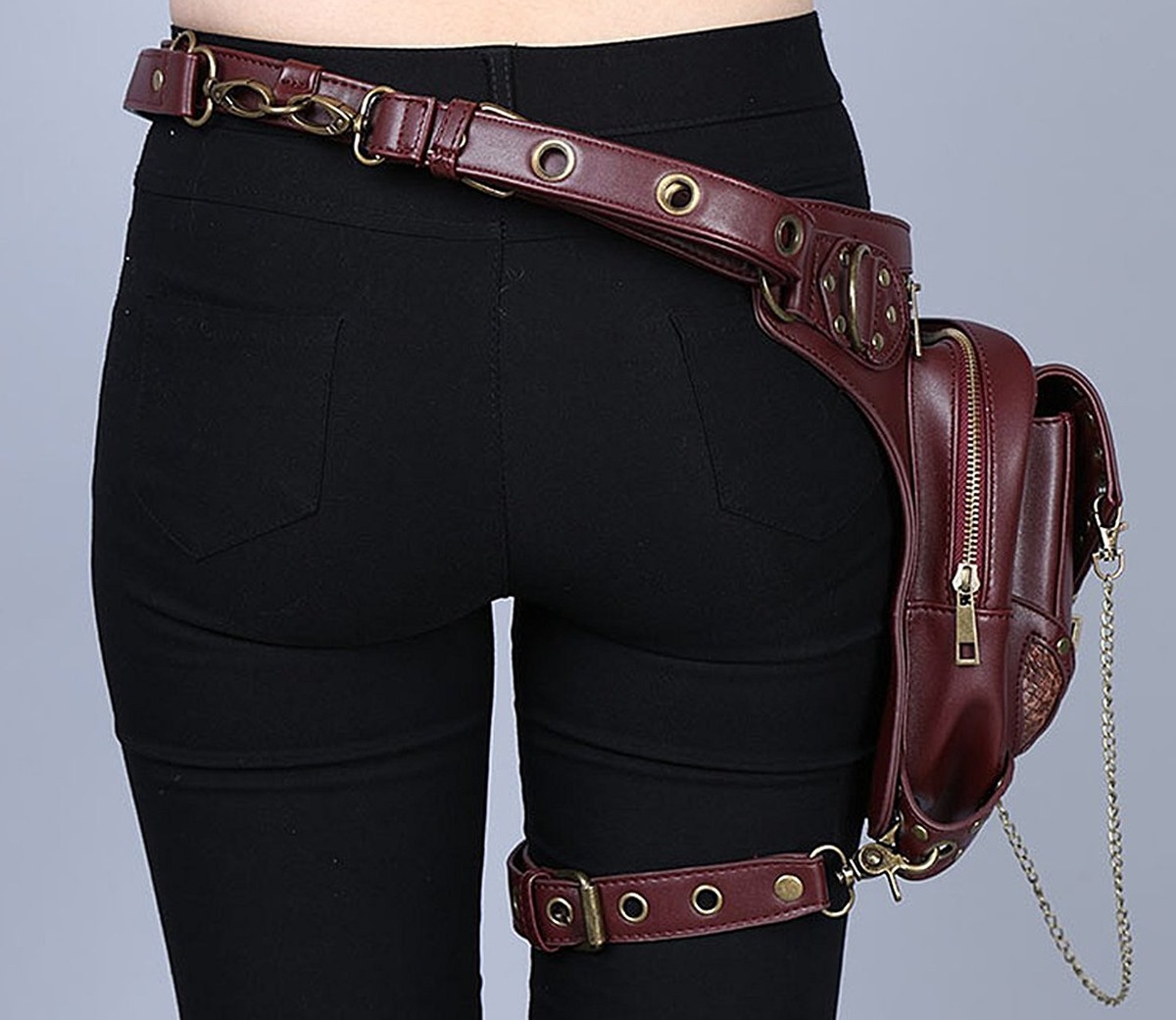 The versatility of the bag made it adaptable to the changing times.

Again, necessity and demand invented a new form of the bag known as the sack. The sack was a bag that peasants and travelers might wear. These large satchel-like leather or cloth bags were worn diagonally across the body. The sack bag was specifically better suited for carrying larger items especially in regards to longer distances. 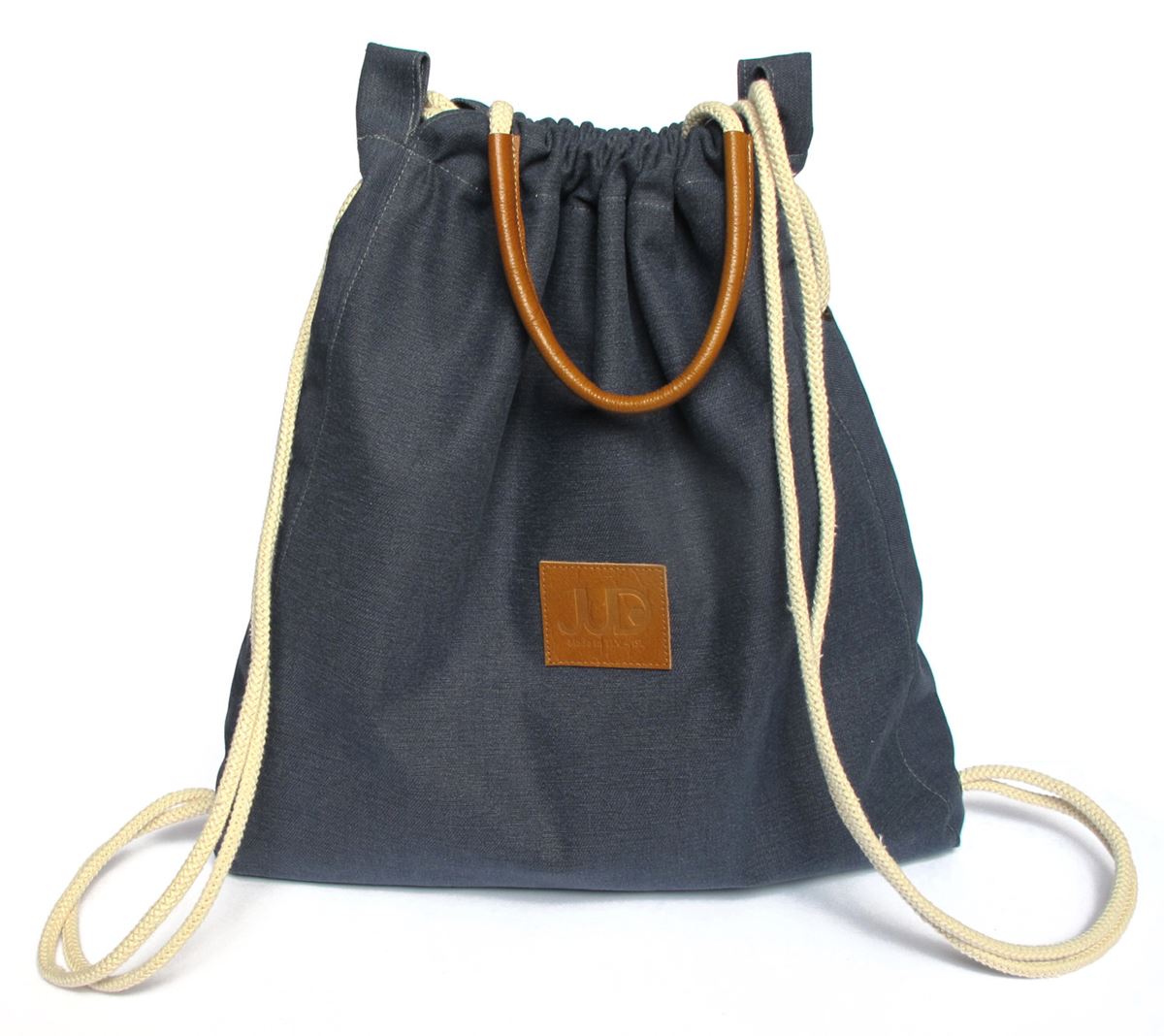 The sack was born out of necessity and demand helping travelers travel more.

In addition, messenger bags arose in this time period by distinctively catering to the needs of the working class. All in all, with the need to carry larger documents and items, the well-crafted messenger bag became in demand. Larger than any bag or purse up until that point, the messenger bag, as well as the sack, were chiefly bags of service.

HEY YOU, SIGN UP AND CONNECT TO PURSE GLOBAL!